Slightly unconventional calming techniques for kids when the usual suggestions don’t work. Helpful for calming down and preventing after-school meltdowns.

I could tell the minute my third-grader came home from school it had not been a good day.

He already almost had tears in his eyes and an angry expression was on his face.

“What’s going on?” I asked hesitantly.
“It was the worst day ever!” he said. He soon pulled the football out of his backpack and threw it across the room.

I knew I had to handle this situation carefully or it would end badly. In the back of my mind, I started considering different calming techniques for kids in case we needed them. 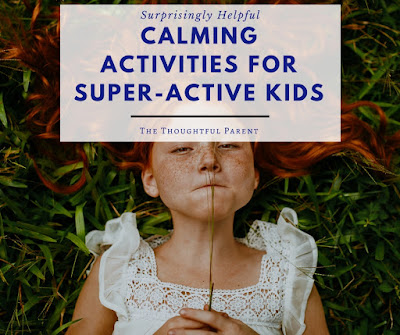 He went on to explain how the boys he normally plays football with at recess were not playing the way he wanted. They didn’t throw the ball to him. It may sound unimportant to us, but to an 8-year-old, these are the interpersonal interactions that make or break a day at school.

He continued to be upset. We talked about it as much as we could but he broke down into an angry cry. After having a snack and relaxing for a few minutes, he seemed to calm down. However, as soon as I asked him to do one of his usual chores, he lost his temper and control again. That’s when I knew the afternoon was a loss. I guess I just need to let him relax, I thought.

This post contains affiliate links. I earn a small commission when you purchase through these links (at no added cost to you).

After a while, little brother (age 4) came to the kitchen asking to “make potions.” Since it was cold outside and there was not much else for us to do, I agreed.

In our house, “making potions” means pulling out several big bowls, filling them with water and throwing in any spices, food scraps, food coloring, glitter, etc. that I will allow them to get their hands on. Soon my super-active 8-year-old wanted to join in. I was surprised. I thought he would think this activity was too “babyish.” He loved it! He made a different “potion” and the boys competed as to which one looked the grossest or smelled the worst.

Here’s the best part: after this little potion-making activity, the 8-year-old’s surly attitude had (mostly) turned upside down. He was chatting with his brother and making jokes. This simple calming down activity had actually worked!

The Science Calming Techniques for Kids

Why did this little session of “potion-making” work to help my son calm down and uplift his mood? As with most things, we can turn to science to help us understand this. It turns out that repetitive tasks, especially activities that don’t require a lot of brainwork, are especially calming. Scientists tell us that these repetitive tasks that often involve fine motor skills help focus our mind away from anxious or troubling thoughts, thereby reducing stress.

Other similar examples abound–some people knit or craft to cope with symptoms of PTSD; others paint or do crossword puzzles to cope with anxiety. Personally, I’ve found that baking helps me cope with stress. Something about the rhythmic motion of measuring ingredients, mixing and having a product to show at the end is relaxing (and yummy).

The other aspect of this that amazed me is that it actually worked for my super-active son. He talks almost non-stop, he’s always moving and so I’ve found that the typical calming techniques that many professionals recommend don’t work for him. Many counselors recommend activities like reading, coloring books

, or calm down bottles

when kids need help with emotional calming. These probably work great for many kids, but for my super-active, always-on-the-go kid, they just caused frustration. He was just too overstimulated in most cases to make any of these strategies work.

This made me realize that other kids probably have trouble calming down too, especially after school. After observing my son’s behavior over a few weeks, I’ve come up with a list of several calming techniques for kids that seem to work for even the most active kids.

1. Legos. This is number one on the list for a reason–they are awesome for calming! We all know Legos are wonderful educational tools, but who knew they could be such a calming influence too. Even David Beckman agrees with me on the calming influence of Legos. My son will sit in his room surrounded by Legos on all sides and just build for long stretches. When he finally comes out, he’s usually refreshed and has some awesome creation to show us.

My younger son is just now getting into Legos. We got these great books from the great folks at Sofie and Nate to help him get started on learning to follow instructions. These simple, easy-to-follow books were perfect for him to learn how to build. Once he has these down, I’m sure he’ll go on to build creations of his own design in a few years. The nice thing about these books is that they are simpler than typical Lego sets but still teach spatial skills, colors, and shapes. Now he is starting the use the calming (and educational power) of Legos. 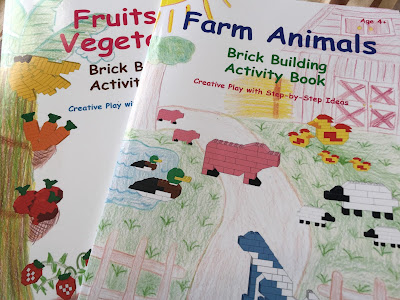 2. Crafting (boy style). There is a stereotype that boys don’t like crafts once they get past preschool age, but that is not necessarily true. My 8-year-old still loves working with his hands and finds it relaxing. The science behind this is real–for centuries people have used knitting, sewing, or painting to deal with everyday stress as well as serious trauma. Scientists describe the “flow” experience while crafting as similar to meditation in that time sort of stands still. This allows your brain to suspend the “fight or flight” feeling of stress.

So what crafts will boys actually do? Some things he’s loved recently are origami

, making anything out of cardboard, Perler beads

(hello Minecraft creations), and comic-book making. He went through a phase with his friend where they actually spent most of their free time making origami swords, planes and fidget spinners–so cool! 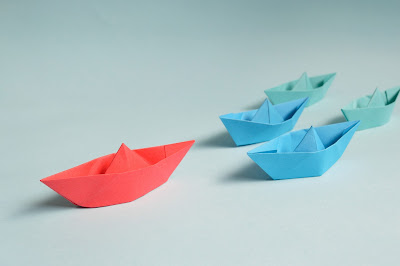 are just for toddlers, but not necessarily. Older kids can enjoy them too if they help come up with the ingredients or ideas. Recently my boys enjoyed an afternoon of pouring and playing with dry beans. Now, I’m not going to lie–there was a fair amount of “bean wars” and potty jokes, but they enjoyed the sensory aspect too. Plus, now they are old enough to clean up the mess themselves. The potion-making activity was all of their own devising and they loved the smells and mess involved with that. When it’s warm outside we often do mud pies or “panning for gold” with water, sand and hidden pennies. 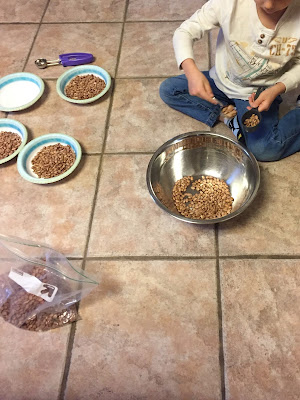 4. Kid-friendly demo day. It may sound odd, but I let my kids destroy things. I never knew this was something they needed until they actually asked to tear up boxes. I thought it was silly, but why not? We all know that exercise can be a great way to release endorphins and release some stress. Those of you who do yoga may know the “woodchopper pose.” Well, demo day isn’t exactly yoga but they do use the same position which is great for releasing stress. Since it’s been cold outside, we’ve been doing our own version of “demo day” in our house. Instead of tearing down walls, I let the boys tear up stuff from the recycle bin. They pull out their toy swords and rip up cardboard boxes, milk cartons, paper bags, etc. It’s one of the more unconventional calming techniques for kids, but it works! They have a blast every time and feel happy and refreshed afterward. 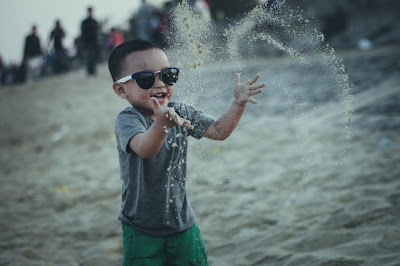 For sensitive kids like my son (and many others), school can be stressful. There are many interpersonal relationships to manage, school work to pursue and emotions to keep under control. It’s not surprising that many kids “meltdown” after school. As pointed out in this lovely article, it is our job as parents to allow for emotional rest while they are at home. This need isn’t always communicated to us in the most lovely way, but we can respond with love in meeting that need. These calming activities may seem silly but they can provide kids with a much-needed outlet to ease into a more peaceful emotional state.

“When little people are overwhelmed by big emotions, it’s our job to share our calm, not join their chaos.” –L. R. Knost