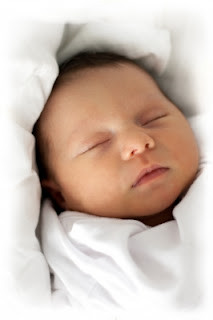 Did you hear this great NPR story about babies sensitivity level and their later resilience? Scientists are learning to understand the difference between babies with varying degrees of nervous system sensitivity. Knowing this can help them understand how some kids are able to be more resilient in the face of challenges, such as poverty, while others are less so. It turns out that babies with sensitive temperaments are more vulnerable to outside influences (particularly parental responsiveness) in both good and bad ways. In the best of situations, with responsive, attentive caregivers, these sensitive children tend to thrive and often have fewer later behavior problems than even their less-sensitive peers. In less-than-ideal settings in which caregivers are not responsive to their needs, these sensitive children often exhibit problematic behavior later in life.

I’ve written about this topic here several times, but I continue to be amazed by this research. It has the potential to be so hopeful. Babies with sensitive temperaments are often fussy and irritable as infants and yet, with the proper care, they can grow to thrive. Although we often think of temperament as an innate, unchangeable characteristic, this research clearly shows that how temperament plays out over a lifetime is largely up to one’s environment, especially parents and caregivers.