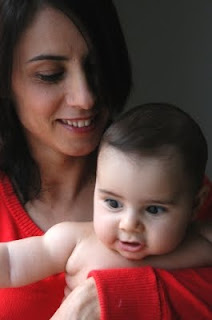 If you are the parent of an especially fussy or colicky baby, you may wonder whether their temperament at this early age is a sign of later behavior problems. Well, this a perfect case to illustrate the complex science that is the study of child development.

A recent study out of Europe showed that babies who have “regulatory problems” (e.g., persistent crying, difficulty eating or sleeping) were more likely to have childhood behavioral problems such as ADHD and aggression. This study was a meta-analysis, which means that the researchers pooled results from a group of studies on this topic (22 in this case) and statistically analyzed them all together. Meta-analysis is a widely accepted statistical procedure but it is tricky. Although the studies all research the same topic, they had different ways of measuring “regulatory problems” and differing samples of children. Additionally, the authors of this study found that the increased risk of behavioral problems was more likely among families with other risk factors such as poor parent-child interactions or depression.
This study reminded me of a study I highlighted awhile back. It too looked at the relationship between babies early temperament and later behavior. The main difference was that this study was not a meta-analysis, but rather a single study that examined about 1,500 children. Another important difference was that this study took into account the parenting skill of the families involved. In contrast to the European study, this one found that fussy babies are only more likely to have later behavioral or academic problems IF they received less-than-optimal parenting. In other words, children that were fussy as infants fared as well (if not better) than other children if their parents were attentive, sensitive, and responsive to their needs.
Considering these two studies together, it seems that babies who have a hard time regulating themselves need extra attention and sensitivity from parents to thrive later in life. Some researchers believe that fussy or colicky babies are especially sensitive to their external environment and this is why they have a difficult time with self-regulation. While this can be taxing on parents, the good news is that if they can put forth the extra patience and energy needed to care for these babies, the result will most likely be a happy, well-adjusted child.
These studies also illustrate an important point about scientific research, particularly that involving human behavior. Human behavior is notoriously complex and while researchers try to factor in as many variables as possible, it is often hard to fully examine an issue with one study. This is why it is unwise to simply take one study as the “truth” on a topic. It often takes many years and many different studies on a particular topic to fully understand the issue.

Hemmi MH, Wolke D, & Schneider S (2011). Associations between problems with crying, sleeping and/or feeding in infancy and long-term behavioural outcomes in childhood: a meta-analysis. Archives of disease in childhood PMID: 21508059