{Growth mindset is more than just a buzz word. Research helps us understand how growth mindset for kids aides them in finding meaning in failure.}

Are you familiar with the movie Chitty Chitty Bang Bang? Remember that song about failure? Here’s a reminder:

Every bursted bubble has a glory!Each abysmal failure makes a point!Every glowing path that goes astray,Shows you how to find a better way.So every time you stumble never grumble.Next time you’ll bumble even less!For up from the ashes, up from the ashes, grow the roses of success!

Well, it turns out that there’s some real research to support this idea of persisting in the face of failure.

If you have a child that is of school age, you have probably encountered issues of how to deal with a situation in which your child has not done as well on a task or event as she/he expected. This situation often rears its head in the form of competition, but it can show up in academic tests or other settings where there is some sort of evaluation made on the child’s performance. In short, your child feels like a failure.

None of us like to feel as though we are not good at a task or skill. We all want to be good at everything we try. For children, however, how we help them understand that failure can be crucial to their future understanding of their own intelligence and skill.

What is Growth Mindset in Education?

” in our children. That is, to help them understand that intelligence is not a fixed trait but one that we can grow with practice and diligence. You can see why this mindset would have a significant impact on a child’s motivation and persistence. If a child feels that intelligence is a fixed trait and that a person is either “smart or not” then they will have little motivation to persist in a task that is difficult.

They will simply feel that they are not “smart enough” to accomplish this task. On the other hand, if a child feels that intelligence is a trait that we can grow through hard work, then they will be more likely to persist in a task, knowing that they have a chance of success if they persist.

Okay, that’s great to know, but how do we instill a growth mindset for our kids? Further research has shown that parents do not typically pass on their mindsets about intelligence to their children.

Failure is Not all Bad

So how do kids learn either a “growth” or “fixed” mindset about intelligence? It seems they learn it from a much less obvious force in their lives–failure. More specifically, they learn their mindset from how we parents react to their failure.

A recent study showed that if parents view their child’s failure as a negative event, then the child is more likely to adopt a “fixed” mindset of intelligence. Ultimately, the child comes to see that the parents are concerned more with performance than learning. 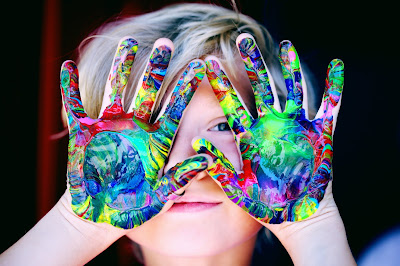 In contrast, if parents view their child’s failure as an opportunity for learning and understanding how to improve, the child is more likely to adopt a growth mindset.

We All Fail Sometimes

As parents, it is hard to see our kids not succeed at something. I think it hurts us sometimes as much as it hurts them. Helping them see how failure is all part of the learning process, however, is key to them learning to persist in the face of discouragement.

I have faced this issue recently with my 6-year-old son who is learning to play chess. He’s just starting so he is not as good as some of his friends at school. He is very competitive and wants to win so badly. I have actually heard him say things like, “I am just no good at chess” or “I never win at anything.”

I knew I had to intervene before that “fixed” mindset took hold in his mind. I started a discussion with him of how we have to persist to learn a new skill, etc. I think some of my words sunk in with him, but now that I know this research, I have a better idea how to address this issue in the future.

As always, our kids learn more by our actions than through our words. This research clearly shows that children pick up and internalize our feelings about failure and its role in our life. With my son, I pointed out several examples in my own life when I failed at something and what I learned from it and was able to move on in a more productive way. I think he understood, but it’s an ongoing process of helping our children respond to the challenges they face in life.

In our ultra-competitive world where status and success seem like the ultimate goal in life, it’s just as important to learn how to fail with grace.


**This post contains affiliate links. We receive a small commission from these purchases at no added cost to you. 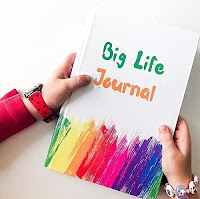 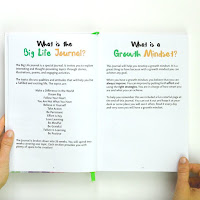 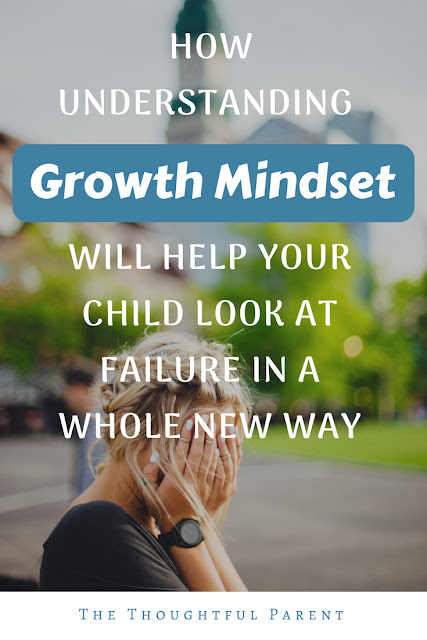