Sneak peek: How new research on play and executive function in kids made me feel better about being a soccer mom dropout.

My oldest son is 8 and is one of the few in his class that is not involved in soccer…and never has been. GASP!

It hasn’t really been an intentional choice on our part. He has never really shown an interest (for more than 1 day). Plus, I’m not ready to commit our precious free time after school and especially on weekends to sitting in the hot or cold or rain to watch him practice.

Am I a horrible mother? The society-driven guilt part of me says, “yes” but the authentic me says, “heck no!”

Truth be told, I kind of like being a soccer mom rebel. I don’t really like always doing the expected motherhood thing and my son isn’t one to just “go with flow” on activities like that. He has done certain activities from time to time–summer baseball (we missed half the season traveling), “ninja” gymnastics (right up his alley), and chess club. Overall, however, I find that he does best just hanging out with his friends after school (the few that also have eschewed kids sports). Luckily, research on kids’ play and executive function supports my sport dropout status. 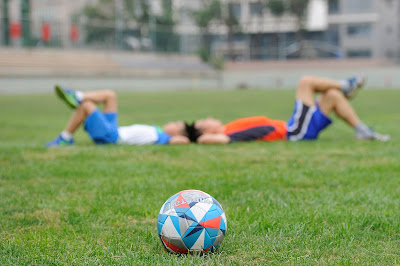 **This post contains affiliate links. Purchasing through these links supports this blog (thanks!) at no added cost to you.

How Play and Executive Function Work Together

The other day I found him and two friends making an “arcade” out of a bunch of huge cardboard boxes and some Nerf guns. I couldn’t have been more proud. They were using their best salesmen techniques to try to convince some younger boys at the park to play for a fee (ha!). They didn’t make much money, but they had a blast and you could tell they felt empowered by their experiment with entrepreneurship.

I’m not against all organized activities. They have their place. But seeing the pride on my son’s face at his planning and accomplishing his arcade idea made me think that there really is something to allowing kids to do their own thing. The executive functioning skills built through these kinds of unstructured activities are priceless.

The other thing I’ve noticed is that when he has plenty of time to play with friends without an agenda, his behavior and mood is WAY better.

Here’s why: during free play kids get the chance to release their emotions, pent-up anger or stress. You know how you feel when you’ve been stressed and then you go for a long walk or a strenuous workout. You feel de-stressed and cleansed, right?

This is what unstructured play does for kids. Without it, we parents often see our kids’ emotions and stress spill out as misbehavior, whining, and overall crankiness.

Here’s the perfect example: this past weekend we were pretty busy. We were invited to an amusement park with some friends, my son was selling popcorn for Cub Scouts and we had church and a party to attend. We are not usually that busy on weekends, but it just ended up that way. By Sunday night, I felt a little spent but I thought my 8-year-old was doing okay (surprisingly).

Guess what? Monday after school he lost it. Meltdown, fighting with his brother, etc. etc. He needed downtime and had not gotten enough over the weekend. Going to school all day had just been too much and he needed an emotional release. So we stayed at home, he whined and cried off and on and then we talked for quite a while about what’s been going on at school, on the playground, etc. 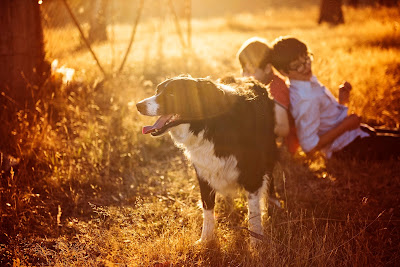 After eating a big dinner and relaxing at home he was a totally different kid the next morning. If anything speaks to the need for downtime for kids, this does. The night before, you would have thought everything in his life was a disaster. The next morning, he was eager for school and ready to move on with the day. Amazing!

Need ideas for what to do with kids while they’re NOT in sports or structured activities?

Download this FREE list of outdoor challenges for kids (relax, these are all kid-focused with no prep required).

Until recently, the one voice you haven’t heard on the topic of play and executive function unstructured was the one of science. Child development researchers are now trying to delve into this topic and understand the relationship between structured activities and children’s development.

In one of the first studies of this kind, researchers at The University of Colorado looked at the connection between how kids spend their time (structured vs. unstructured activities) and the development of executive function. As you may know, executive function is one of the key regulatory skills that develop during childhood and is crucial to children’s success and well-being later in life.

Executive functioning skills include things like
* planning ahead,
* goal-oriented behavior,
* suppression of unwanted thoughts or behaviors, and
* delaying gratification.

Do these sound familiar? They are typically all the skills that break down when kids are overtired or stressed (like my son was).

These skills have been shown to predict children’s academic and social outcomes years down the road. Based on this, you can see why researchers (and parents) are interested in understanding anything related to how executive functioning skills develop. 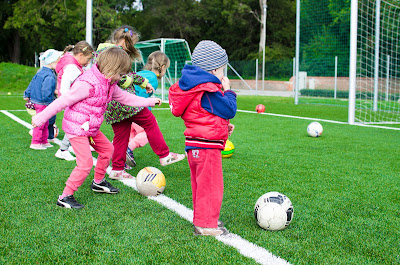 The researchers then analyzed the relationship between children’s activities and their level of executive functioning skills. The results showed that were was, indeed, a correlation between these factors.

So what does this all mean? Well, we shouldn’t all go and unenroll our kids from every activity turn to “unschooling” just yet. This study was small scale (70 children) and was only correlational, meaning we do not know if structured vs. unstructured activities cause a change in executive function or if there is something else going on here.

In our lives as parents, I think a study like this makes us reassess the cultural norms and expectations we might be adopting. Are we involved in activities because our kids like them or you see some benefit from them? Or are we just doing what “soccer moms” do? Activities can be great, but don’t feel like you must enroll your kid to keep him busy because that’s what our society dictates.


Related Post: How to Give Your Child a 1980s Childhood {and it’s backed by research!}

Want support to make intentional parenting decisions based on research and intuition (not societal pressures?).

Join our Facebook Group, Parenting Against the Grain–your tribe of thoughtful parents.