I understand this urge. I have two very strong-willed sons and we have had our fair share of tense interactions. You know the ones where your child is more likely to choose to go to bed early, than to do something you asked, like clean up the toys in the playroom. Or the time they repeatedly ask for something you’ve already said no to, just on the odd chance that maybe this time you’ll say yes.

They are persistent. They don’t give up. They insist on doing things their own way, even if you tell them repeatedly, that their way probably won’t work.

What Does “Strong-Willed” Really Mean?

This notion of strong-willed children as something to be “fixed” or “overcome” goes back decades. In some of the earliest research on temperament, children that today we might call “strong-willed” were often labeled as “difficult.” The child with a “difficult” temperament was the one who needed more attention, more guidance and more support. Basically, it was the child who put more strain on their parents’ abilities.

More recently, most people who studied temperament have used other descriptors besides the word “difficult,” but it points to an interesting understanding of these children’s personalities. As Stuart Shanker wisely points out, the term difficult comes from the perspective of the parent. For whom is this child difficult? The label has to do with the amount of stress that this temperament puts on parents. It doesn’t see the world from the child’s perspective.

From the child’s perspective, they are not difficult. This is just who they are. These are some of the innate traits that they carry within them. This is not to say that a strong-willed temperament (or any temperament) is deterministic. Humans are complex and we change and grow throughout our lives.

Let’s flip the script a little bit on this perception of strong-willed children and their personalities.

I was thinking about this the other day when I came across a quote that I think fits this situation. I was listening to the podcast Happier with Gretchen Rubin, and she mentioned this quote,

This quote apparently goes back a few decades from when software programmers first started designing programs. Software engineers oftentimes design a program only later to find that there is some sort of anomaly that they didn’t expect in the software. Over time, they came to use this quote, “It’s not a bug; it’s a feature” to point out that not all unexpected qualities of a software program are necessarily bad things. It’s all about your perspective. Something that might cause a problem for one user, that they might see as a glitch or bug could actually be something another user actually finds helpful.

Now, when Gretchen Rubin discussed this quote she mentioned it in the context of her own personality or perhaps the personality of friends. Everyone has little quirks in our personalities and part of self-acceptance has to do with coming to accept those parts of your personality. When I heard this quote, I immediately thought about parenting. What if we thought of our kids this way? What if their unique features, their temperaments were not bugs, but features? What if it’s not a glitch, but a key piece of who they are?

So, these are myths that are common in our culture but if we look at the research, we begin to see why these myths aren’t true. Let’s delve into these myths.

Disciplining the Strong-Willed Child: Some Myths

What to do instead

Instead of harsh punishment, there are a few other ideas to try for how to discipline the strong-willed child:

You might say something like, “I understand that you are mad at your sister, but hitting is not okay in our house. Why don’t you go outside and run to burn off that angry energy?”

Through situations like this, kids learn that we empathize with their feelings but there are boundaries around which behavior is safe or acceptable. 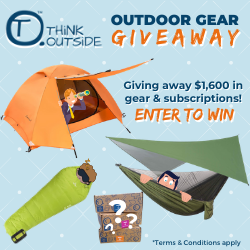 Myth #2: They don’t care what you think

Contrary to outside appearances, strong-willed children do generally care what you think about them. They have such a strong sense of justice that they don’t like to “lose face” in confrontations, even with their parents.

As I mentioned in #1, strong-willed children do value relationships very highly, especially with parents, but it doesn’t always come across in their behavior.

What to do instead

More myths to come! Stay tuned for the next article with a few more common myths about how to discipline the strong-willed child.

In the meantime, remember: “It’s not a bug, it’s a feature.”