{Newborn baby reflexes are a fascinating aspect of early development. Let’s explore the meaning behind some of these “hidden” behaviors that are present in newborns.}

Newborn baby reflexes are innate behaviors that mysteriously disappear after the first few months of life. For some, their function is clear; they usually help the baby survive in some way. Others, however, are a bit of a mystery to child development and parenting experts as to why they exist. 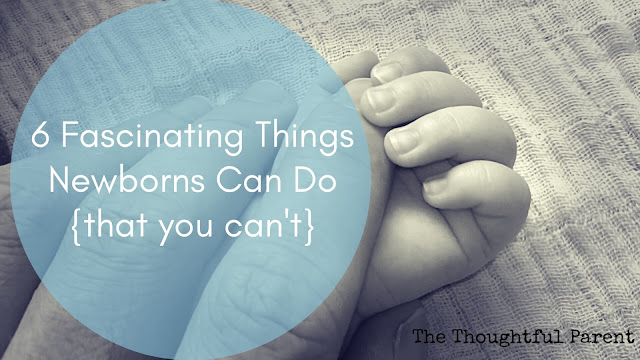 Some of these are very obvious, but I was surprised at the few that you wouldn’t necessarily notice unless you knew what to look for. These newborn baby reflexes are a fascinating aspect of child development and parenting.

What are the 5 Newborn Reflexes?

When startled or moved position abruptly (as if falling), babies will instinctively extend their arms, legs, and neck as if grasping for something to hold onto.

This one is kind of mysterious. If you hold a newborn upright under the arms, supporting his/her head and neck, he/she will begin stepping as if walking.

Related reading: The Lifelong Reach of a Baby’s Temperament

This one is obvious to most moms right away. When you stroke a baby’s cheek, he/she will turn his/her head in that direction. This, of course, is the baby’s way of looking for a nipple in anticipation of being fed. 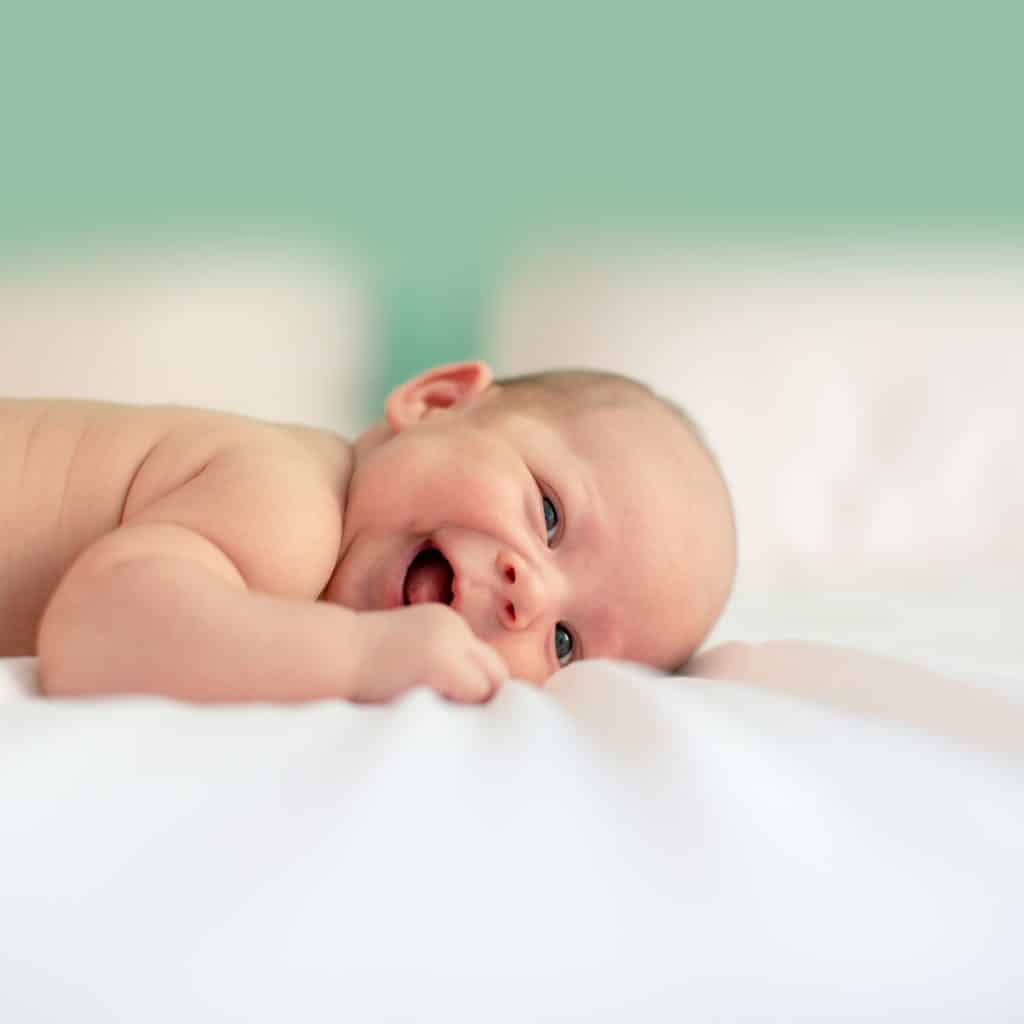 This one is a bit of a mystery too. When a baby’s foot is stroked, the toes fan out and the foot turns slightly inward. It is not clear why this reflex exists.

When an object or finger is placed in baby’s hand, he/she will grasp onto it. Usually the grip will get stronger if you try to pull the object away. Who knew this was a reflex! I just thought it was cute

Plus a *Bonus* Hidden Reflex

This is another one of the newborn baby reflexes I would have never thought to look for. When holding a baby facing down across your arm (back facing you), if you stroke alongside his/her spine the back will curve/squirm to the side you stroke. It looks almost as if the baby is swimming (hence the name).

The video below shows many of these reflexes in action. Babies are amazing, aren’t they?

Baby Reflexes and When They Disappear

Since these newborn baby reflexes are innate and involuntary, they gradually disappear as the baby matures.

Moro (or startle) reflex: this reflex that occurs when a baby is moved abruptly usually disappears by around 6 months old. Once this reflex disappears, babies typically don’t startle themselves awake when sleeping as easily. Many times swaddling a baby is less necessarily once this reflex subsides.

Stepping reflex: although this reflex is based in our body’s primitive walking motion, it disappears by about 2 months of age. Generally, it doesn’t return until the baby gets ready to walk at about 12 months of age.

Rooting reflex: this reflex is necessary for the baby to learn to nurse. It usually disappears around 4 months of age. By this time, the baby can move his/her head more voluntarily in position for nursing.

Babinski reflex: although the origin of this reflex is unknown, it usually disappears by about 2 years of age. It can, however, disappear much earlier (as early as 12 months). It’s important to note that the presence of this reflex in individuals over 2 years of age can be the sign of a nervous system problem.

Palmar reflex: this strong grasping reflex is often seen in newborn photos. However, by about 6 months of age, it has disappeared. By that point, babies are able to control their hands with a bit more control. 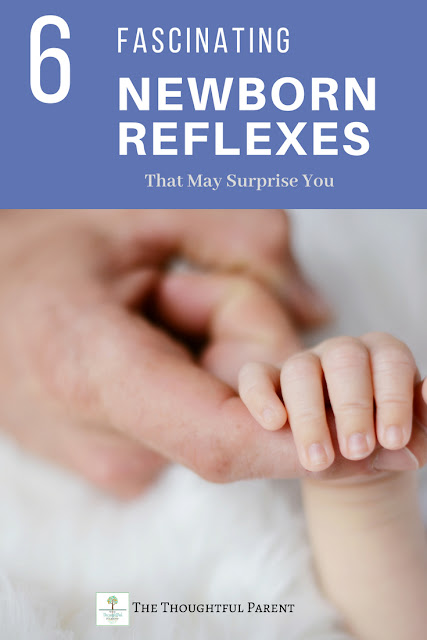