If you were asked to come up with as many ways to use a paper clip as you could think of, how many could you list?

I recently read about this now-famous study, 1,500 students (ages 3-5) were asked this question. The higher the number of possibilities you name, the better your score.

What percentage of these young children scored in the “genius” level on this assessment?

They tested the kids about 5 years later and how many scored at “genius” level? 30%

Again the kids were assessed when they were 15 years old. How many scored at the “genius” level? 12%

What was this really a test of? Divergent thinking: the ability to come up with new ideas, look at a problem from many angles.

What happened to these kids over the years? Many things, but primarily, they were “educated.”

This makes us reconsider the goals of our education system. It also makes us realize the openness of young children’s brains. They are like little sponges; their synapses haven’t fully been pruned by years of routine and being told there is one right answer.

A few days later, I read a story about online preschool. They are most common (and state-supported) in areas where there is a large rural population with limited access to physical preschools. Not surprisingly, these tend to be poorer states that don’t have the funds to support center-based preschool. Some argue this is the best solution in a difficult situation. I would argue that, while limited amounts of technology can be a useful tool, overall this approach goes against everything we know about child development and how young children learn.

In which group do you think the children learned the quickest and easiest way to make the toy produce music? The non-teacher group! In other words, when preschoolers were “taught” how to work the toy, they simply copied the teacher. However, when they were given free rein to figure the toy out themselves (with just a little guidance from an adult), they discovered a better, more novel solution to the problem.

This is a perfect example of what research has told us for years. The more effective way of learning for young children is through guided play. In a guided play scenario, the teacher acts more as the guide than the instructor. He/she offers suggestions and ideas but the children really control the play. Through this, they learn how to solve problems in novel ways (divergent thinking), learn things that are valuable and motivating to them and inherently learn at their own level.

Related reading: Why Play-Based Learning is the Secret to Playtime with Your Kids

What are the implications of this for online preschools? It’s clear that guided play or any sort of collaborative learning is virtually impossible in an online preschool. Most of these programs are simple “instruct, review, respond” type modules that have very little or no interactive features.

Kids need rigorous academic learning to be prepared for kindergarten.

One appeal of these online preschools is that they supposedly prepare kids for kindergarten. The authors of these programs claim that kids will know their letters, number, and colors and have a head start in kindergarten. Let’s think this through for a moment.

Yes, kindergarten has changed. No longer is a kindergartener’s day filled with learning colors, taking a nap and leisurely playing on the playground. I have been volunteering in my son’s kindergarten class and the routine is certainly NOT what I remember from kindergarten. Research has validated this idea and shown that kindergarten is the new first grade.

That being said, the kindergarteners I see that struggle in the classroom are not the ones who don’t know their ABC’s, it’s the ones who lack social-emotional skills. They are the ones that struggle with self-regulation so they pester the kid sitting next to them.  They are the kids who struggle to share or get along with their classmates. Are these social-emotional skills fostered well in an online preschool? I don’t see how they could be.

As a past president of the National Association for the Education of Young Children stated so eloquently (emphasis mine),

“preschool programs are best when they focus on social, emotional and intellectual goals rather than narrow academic goals” and provide “early experiences that provoke self-regulation, initiative and …sustained synchronous interaction in which the child is interactive with others in some continuous process, rather than a mere passive recipient of isolated bits of information for stimulation.”

Research has shown us over and over that the social skills our children need to prepare them for the years ahead are learned best through guided play. That is, play that is not chaos but carefully guided by an interested, engaged adult (teacher or parent). Yes, guided play does help foster learning of math, phonics and literacy concepts. More importantly, however, it builds social skills like empathy, cooperation, and communication.

Related reading: Emotional Intelligence in Children: How to Develop those Crucial “Soft Skills”

For decades, we’ve been preparing our kids for the industrialized world. The world of factories and repetitive tasks. Guess what? That world is disappearing. The work world of their future is one of high-tech companies that solve problems, do intellectual (not physical) work and employees who collaborate to design complex innovations that we cannot even yet imagine.

To prepare them for this world, we must realize that the former silos of “academic skills” and “social skills” are no longer as separate as they once were.  Recent articles point out that modern companies like Google don’t just consider employees’ technical skill when assessing them for raises or promotions, but instead consider the total package. Tech skills are one aspect of a successful employee, but when they looked at the hard data they found that what ranked higher were “soft skills“–communication, listening, and being cooperative.

Related reading: Emotional Intelligence: How to Develop the “Soft Skills” Your Child Will Need for Success in Life

Recent child development research also validates the connection between social-emotional skills and academic skills. It turns out that even among our youngest children, these two skill sets are linked. The research shows a connection between emotional knowledge and kids’ ability to pay attention. Kindergartners in one study who showed better emotional knowledge had fewer attention problems, even after other relevant factors (e.g., demographic factors or language ability) were considered. The authors believe the reason for this is simple: once kids have a good understanding of others’ emotions and intentions, that frees up their brain to focus on more academic tasks. Fascinating!

This is one I hear a lot. Kids will use technology for their entire lives, why not introduce it early so they can get accustomed to it?

Have you seen a child on an iPad or computer lately? First of all, we all know they learn anything, including technology, much faster than we adults. Secondly, once you introduce technology as part of the regular routine, almost everything else disappears to the child. With their eyes glued to the screen, nature disappears, human interaction largely disappears. Is this really what we want for 4-year-olds?

Furthermore, the technology we use today will most likely be obsolete by the time our kids reach adulthood anyway. The speed at which technology is changing means that kids don’t need to master the device of today’s world. They need to be great learners who can adapt quickly, think outside the box and master new skills quickly. That kind of divergent, creative thinking is not taught through an online preschool.

Need to know what to look for in a preschool program? Read What Does an Effective Preschool Look Like?  and download the checklist to take on that preschool tour.

The Story from Higher Education

All this information made me reconsider a discussion our school principal had with us a few weeks back. As the school district started making plans for new schools and a new curriculum, one important discussion the leaders had was with representatives from area colleges and universities. We are privileged to have a large public university in our area with whom our district collaborates. The university professors agreed that the students they receive from our district are some of the best prepared in terms of academics. However, after talking with them further, they shared several areas in which the students they teach are lacking in preparation:

There seems to be a growing consensus that these really are the issues of our time. I’ve spoken with college professors and they report the same issues. The students they see in their classrooms are academically brilliant–they grasp the book knowledge. What they lack are the “soft skills”–resilience, grit, collaboration and the ability to use their knowledge in real-world situations.

If these really are the issue we should be concerned about, does online preschool get us any closer to solving this problem? No, and in fact, it probably worsens the problem.

Why Online Preschool is a Problem

Yes, kids can learn academic skills from an online preschool. Yes, the kids enjoy it. But they also enjoy rocks, sandboxes, painting, etc. It’s not a question of if they are learning, it’s a question of what.

At age four, do we want our kids to think that repetitive, rote learning is the most important skill? They have such joy for life, such open minds, such love of learning–do we want to limit that at age 4 to online tests and rote drills?

Do we want to squander young children’s potential just because it’s “too hard” to provide them with real learning opportunities?

If there was ever any doubt, research has clearly shown for the last several decades that investment in high-quality, center-based preschool (even among disadvantaged populations), always pays off. Kids who attend these programs go on to graduate high school at higher rates, attend college, and are much less likely to be incarcerated or abuse drugs. Even by the most conservative standards, a state’s economy can benefit up to 13% by investments in high-quality preschools.

One final note: I was volunteering in my kindergartner’s art class recently and the teacher was doing a great lesson on the idea that there really are no mistakes in art (talk about divergent thinking!). She was saying that even if you start out trying to draw one object, but it doesn’t turn out how you’d like, you can always turn it into something else.

I noticed one boy in the class working very diligently on his drawing. I went over and mentioned how much I liked it. It was a drawing of a stingray and it was lovely. We had a great little discussion about a stingray he had seen at an aquarium. As I was leaving he said, “I started out trying to draw a flower but it didn’t work out, so I made it into a stingray.” I was elated! He had really taken the lesson to heart.

Do you think he would have come up with that solution if he had been trained in an academic-focused online preschool?

Download this guide! It can help you make the right decision for your child (and it’s a great resource to take on that preschool tour). 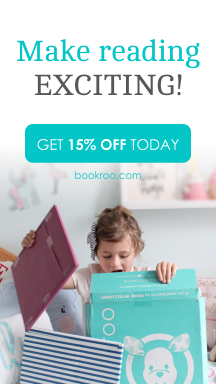