This may seem like a controversial question to some people. Of course, you love your children and cannot imagine your life without them.
But consider for a moment, do you feel happier with children compared to when you were childless?
This is the question raised by a recent article in the Journal of the British Psychological Association. Author Nattavudh Powdthavee reviews much of the psychological research examining the relationship between parenthood and happiness. He finds that much of the data from Europe and America show that:
– parents, on average, have lower rates of life satisfaction, happiness, marital satisfaction, and mental well-being as compared to non-parents.
I, like many people, was surprised by this finding. Isn’t having children supposed to be one of the greatest joys in life? If so, why do these findings not match up with the conventional wisdom?

First, remember that this is an academic study so several psychological theories are thrown around throughout the article. I’m going to consider just one, that I think actually helps us look at this finding in a new way. 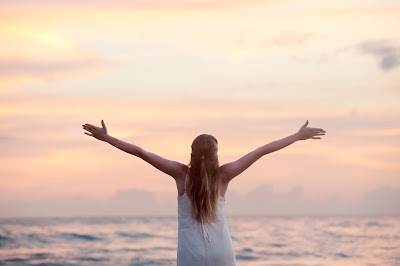 It’s called the focusing illusion. The basic idea is this: when imaging what an experience will be like (whether it be parenting or having a different job) we tend to focus more on the positive rather than the negative aspects of the experience.
I would call this the “grass is always greener on the other side” illusion. The result of this, according to researchers, is that you often feel happiest when you first find out about the new experience (e.g., becoming a parent or getting a new job), but when the reality of the experience sets in, you may experience a drop in happiness.

To me, this means it’s all about expectations. There’s actually some research to back this up. Psychologists studying the relationship between individuals’ life satisfaction and major life changes have found that people often experience an increase in satisfaction in the year prior to the birth of a child, but this often drops within a year of the birth. However, this doesn’t necessarily mean they end up less happy than they were when they were childless, it just means that they experience a decline in happiness once the reality of parenthood sets in. 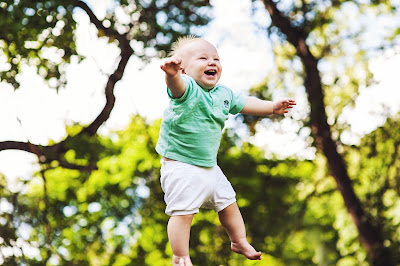 The idea of the “focusing illusion” may also help explain why parents did not rate their happiness as high as we might expect when asked in surveys. According to psychologists, the focusing illusion implies that we often focus much of our attention on everyday, mundane experiences (like changing diapers or picking kids up from school) because they are more frequent than the meaningful, but less common, life-changing experiences like seeing your child born.
So what this means is that yes, the birth of a child can bring a burst of great happiness, but this extreme level of happiness cannot be sustained for the long-term. After awhile we return our attention to the everyday routine of life. Therefore, when parents responded to surveys about their happiness they were most likely not thinking about the moment their child was born, but something more mundane like, whose turn is it to drive carpool.
So that’s the psychological explanation, but what about a more personal one.
When you had children did you think they would make you happier? Although I’m not a parent quite yet (though soon to be), when I think about why my husband and I decided to have a child, I don’t think “to make us happy” was very high on the list. Of course, I hope to be happy being a parent and not miserable, but I don’t expect our child to instantly bring me more happiness.
Like religious and spiritual gurus all around the world have said, I don’t think you can rely on something outside yourself to completely determine your happiness, even if it is your child. Happiness is more about perspective than objective events.
People decide to become parents for a variety of reasons, but I think for many of us it has more to do with finding meaning in life (through the good and not-so-good experiences), rather than simply blind happiness.
What do you think? I’d love to hear your comments!

For more interesting information about the focusing illusion and other psychological thoughts, check out this great book by Daniel Gilbert:

Stumbling on Happiness and his associated blog.
Source article: Pawdthavee, N. (2009). Think having children will make you happy? Journal of the British Psychological Association, 22: 4, 308-310.