Awhile back I wrote a post about the classic “mirror test” in psychological research. This test is meant to help researchers understand when a young child begins to have a sense of self. Many people in both the realms of child development and parenting have wondered when babies understand self-awareness.

The way the test typical goes is that a researcher places a red dot on the child’s nose and then places then in front of a mirror. Very young children (under about 18 months) usually think the baby in mirror is another child so they attempt to touch the mirror. As children develop, they eventually begin to understand that the child in the mirror is themselves and they will touch their own nose to try to feel the red dot. Or so that’s what Western researchers thought. 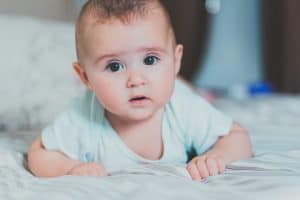 As is the case with much research, most psychological experiments such as this are conducted in Western countries, primarily the US and Canada. Recently some psychologists have taken the mirror test to non-Western countries such as Kenya, Saint Lucia, Peru, and Grenada (description of full study). In testing children ages 36-55 months, (well beyond when past research has shown that children “pass” the test) about 75-85% of the Western children “passed” the test; meaning they went to touch their own face. Among non-Westerner children, however, much lower percentages of children “passed” the test (50% or less). Does this mean that non-Western children develop a sense of self at a later age? Are these children somehow developmentally delayed?
Of course, the answer is no. This seems to clearly be a case where research does not transfer well cross-culturally. The researchers who took the study to these non-Western countries explained “that they [the children] understood that it was themselves in the mirror, that the mark was unexpected, but that they were unsure of an acceptable response and therefore dared not touch or remove it.”
I find this fascinating. My first thought was that maybe non-Western children have less experience with mirrors. The researchers contend that this may be part of the issue. However, they also speculate that important cultural differences are also at work here. They hypothesize that non-Western cultures may promote quiet compliance and less emphasis on asking questions of authority figures and thus the children may simply be hesitant to say anything about the mark on their face to the researcher. In the West, by contrast, children are encouraged to be independent and ask questions in order to learn so they are more likely to point out the mark to the researcher. Pretty amazing, right? Children this young have already picked up on these silent norms of society. Of course, we don’t know for sure that this is what’s going on since more research is needed to test out these theories.
If these cultural differences are at work in this case, it is a wonderful example of how child development, at least some aspects, is really not culture-free. Children adopt the cultural norms and influences around them, even in very subtle ways. I think this also has interesting implications for immigrant children moving from non-Western into Western cultures. If a child moves to the U.S. from a non-Western culture, what a shock it must be for them to enter a school setting in which asking questions and being somewhat assertive is valued? Culture plays an important role in our development as humans, even when we are unaware of it.