{Is baby babbling just useless gibberish or does it aid in development? Research points to the role of parents in how infants develop language.}

I still remember the first time my oldest son started babbling as a baby. He had been cooing for months, but then one day he made a real noise that sounded more like a word–something like, “ba” or “ma.” I, like most parents, thought he must be a genius 🙂 You probably remember this milestone of child development and parenting with your child too. 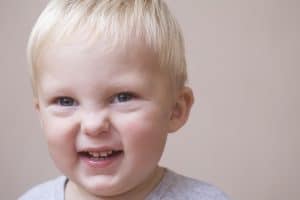 This post contains affiliate links. When a purchase is made through these links, I receive a small commission (at no added cost to you).

As a parent, of course, you respond to those first attempts at noise and then the baby babbling becomes more consistent and starts to make sense. This is the beauty of language development in children.

Many of us have probably wondered if trying to understand our baby’s babbling is an effort in futility? Turns out, the answer might be, “no.” A new study published in the journal Infancy puts into question the notion that children’s language development is innate and we cannot do much to alter its path.

The researchers closely observed interactions between mothers and their 8-month old infants over the course of six months. What they found was that among children whose mothers responded to them by trying to understand what they were saying, they developed more advanced language sounds sooner. Children whose mothers responding by directing the child’s attention to something else, developed language sounds more slowly. 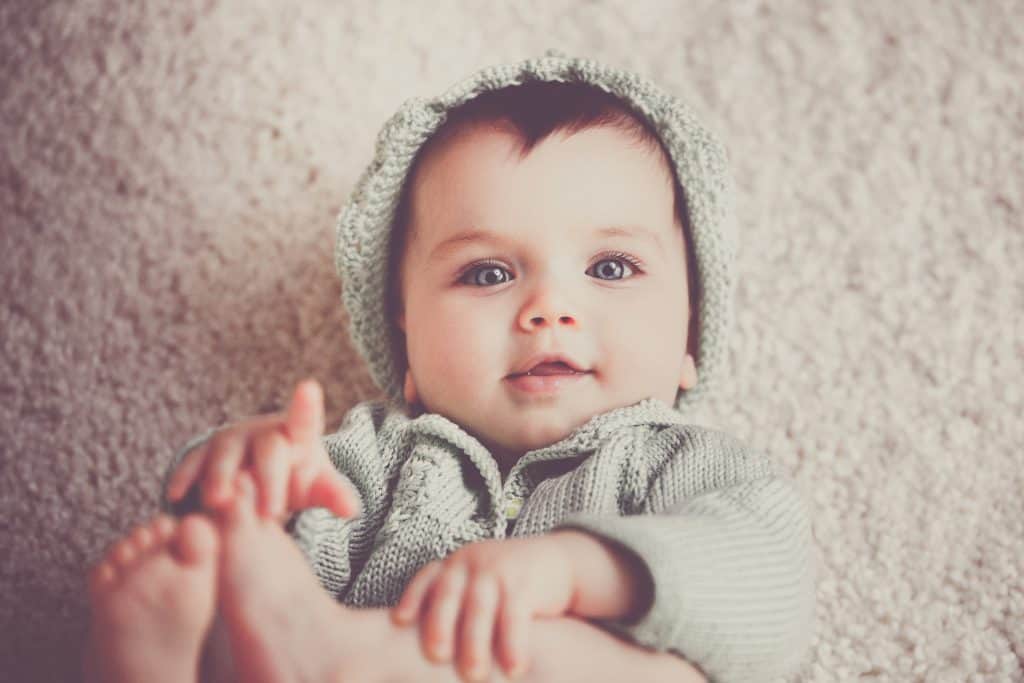 It’s important to note in this study that all the mothers responded to their infants’ babbling, but it’s a distinction in how they responded that seems to make the difference.
The mothers who actively engaged with their infant’s babbling and responded to what they thought they were saying seem to promote the child’s learning to communicate. For these children, by 15 months of age, they had more words and gestures compared to the other babies.

What Does Baby Babble Mean?

What the researchers believe is happening is that, by responding to the infant’s communication, the mothers are reinforcing within the child that he or she can communicate. Early on, babies don’t even understand that they can communicate so this encouragement from parents is crucial.

Babies’ early babbling does not have much meaning. The babies are just testing out sounds and figuring out how to make noise. Over time, they learn more and more how to refine that communication with consonant-vowel sounds which are the beginnings of word formation. Consonant-vowel combinations like, “da-da” or “ba-ba” are common because they are easy for the baby to produce.

So put aside your self-consciousness and just chat with your baby like you really know what they’re saying…even if you don’t (and you probably don’t). You can chat with him/her pretty much like anyone else. She will feel like she’s really communicating. Need an example? Check out this dad who’s a pro at the chatting:

Once again this reiterates the importance of parent-child interactions at the most in-depth level. All that babbling your infant does really is the beginning stages of learning to speak. By responding to your child as if you know what they are saying is just one step along the path of learning language.
Find this article helpful? Support this blog on Ko-fi:

Are More Babies Born During the Summer? (Plus Baby Gift Ideas)

How Do “Difficult” Babies Turn Out

A Parent’s Guide to Understanding the 4 Attachment Styles 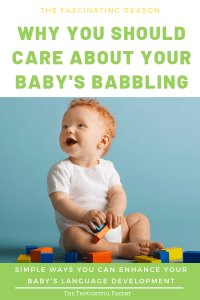