With the increase in electronic media in recent years, many parents are wondering what the effects might be of media use on the children–especially on their academic achievement. Many new media (e.g., computer games, websites, etc.) claim to have educational benefits, but in many cases they do seem to displace old-fashioned educational activities like reading books or playing board games.

There is no scarcity of research on this topic, but a recent study in the journal Child Development caught my attention because it looked at different types of media (computer, video games) and its affect on both achievement and behavior in children. In this post, I’ll focus primarily on the findings concerning achievement. Here are the main aspects of the study:

The findings were pretty complicated but here are some of the most interesting highlights:

– the results are complicated by gender and ethnicity

– for girls (both Caucasian and African American), increased overall computer use was associated with higher achievement in reading and problem solving over the five-year period studied (1997-2003)

– for boys the findings were different:

– for Caucasian boys, increased computer use was not associated with higher achievement; in fact, there was one negative association–higher levels of use of the computer for communications was associated with a decline in achievement in the areas of reading comprehension and applied problem solving

– among African American girls, there was one positive association–increased video game use was correlated with higher scores on applied problem solving

-however, video game use was associated with lower verbal achievement for all girls. The authors found that this was because it displaced reading time.

– it is important to note that benefits of video games were seen in moderate use; extensive use of video games was not associated with beneficial achievement outcomes (in other words, all things in moderation)

It isn’t completely clear why there were differences by ethnicity. The authors suggest that the benefits of media use for African Americans may be due to the fact that there is still somewhat of a media divide among ethnicities. African American children may not have as much access to media so we see benefits for those who are able to use it regularly (but not excessively).

I took a couple of things away from this study. First, electronic media can be useful and have educational benefits if used in moderation. Almost all the findings suggested that excessive media use (computers or video games) were associated with lower academic achievement.

Secondly, this study points out to me that you really have to know your child and be aware of how they’re performing in school when considering how much computer/video game time they are allowed. There were some benefits of media usage for both boys and girls, but it depended on how the media was being used and for how long.

I think this is a very important topic for research. Although researchers are continuing to study the effects of media use, we have really just scratched the surface of this topic, especially considering new forms of media and technology are emerging rapidly. No one really knows how all this new media is going to affect our children, but it seems clear that technology is not a magic bullet that will solve all our educational issues. It can be a useful educational tool for our children if used along with other types of learning. 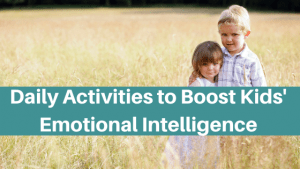