We all know that children love to play, but have you ever considered that play may actually serve an important developmental function? More and more research is emerging about the importance of spontaneous, free play for children’s development. Some research indicates that play is associated with many positive developmental tasks such as increased vocabulary, attention span, impulse control, and problem-solving. But why would this be the case? Isn’t play just frivolous?

Recent studies on animals give some insight into why play might be important for development. Almost all mammalian species play when they are youngsters. Researchers have long thought that play is simply a form of rehearsal for the skills these animals will need as adults—hunting, chasing, pouncing. However, new research has led some scientists to believe that play is more than just rehearsal; it actually helps the brain develop. The developing brains of most mammals contain extra neural connections that are pruned by receiving feedback and interaction from the environment. This pruning process is key to helping the brain solidify the connections that are most needed and prune the extraneous ones. Research has shown that young rats deprived of play do not experience as much of this pruning process and thus have a more immature pattern of neural connections as compared to rats allowed to play in the typical ways.

So what does this mean for humans? Although similar research has not yet expanded to humans, we do know that young children also experience this neural pruning process much the same way other mammals do. It could be that play, like other experiences with the environment, helps the brain determine which connections to keep and which to prune. This process is what ultimately makes the brain more efficient and mature as we develop. 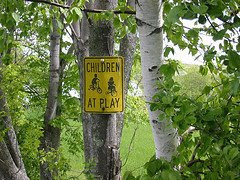 This research has awakened the concern of parents and educators as some schools (and parents) have begun to limit free play time for more structured pursuits such as rote learning or highly organized sports and lessons. Although these activities can teach important lessons, many researchers have begun calling for a return of free, unstructured play as it seems to hold benefits for development that these other activities cannot emulate. Recently, The American Academy of Pediatrics released a clinical report discussing the importance of play. In it, the authors state, “Undirected play allows children to learn how to work in groups, to share, to negotiate, to resolve conflicts, and to learn self-advocacy skills.” They go on to say, “…when play is controlled by adults, children acquiesce to adult rules and concerns and lose some of the benefits play offers them, particularly in developing creativity, leadership and group skills.” So what do these authors encourage pediatricians to do? Promote play in the lives of their young patients by:

Here are some great resources about play: