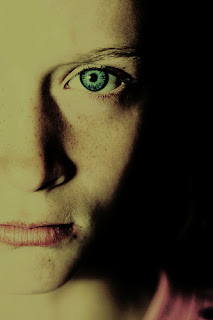 I recently came across a great new blog by pediatrician Dr. Claudia Gold. She is a pediatrician in private practice and has started the blog called “Child in Mind.” The goal of the blog is to help parents, teachers, and others better understand the interplay of factors that may influence a child’s behavior (including child development, neuroscience, and behavioral genetics). By better understanding these factors and learning to see the world through the child’s eyes, parents have a better chance of understanding a child’s behavior and helping the child to learn to manage his/her own emotions. Dr. Gold recently posted a very interesting article discussing a study that examines the interplay of family dynamics and genetics in the development of ADHD. I found this article very thought-provoking and she kindly gave me permission to re-post it here. I think you’ll appreciate how she uses examples from her own practice to illustrate the points of the study.

Study Implicates Genetics and Family Dynamics in ADHD
by Claudia Gold
Trying to understand and then explain the complex interaction between environmental influences and gene expression is a challenging task. An important study published in the April issue of Behavioral and Brain Functions inspired me to give it a try. I start with the actual quote from the study and then attempt to explain it in my own words.


To date, studies have mostly focused on the effects of genetic and environmental influences on ADHD separately. Our work examines the interaction between a specific gene variant and a family environmental risk factor in order to determine their roles in the development of ADHD via behavioral and emotional dysregulation in children.

When ADHD is conceptualized as emanating from the development of emotional and behavioral regulation, specific genetic and family environmental factors are likely to jointly influence ADHD outcomes in particular ways. The present report capitalized on the potential to investigate an important genetic marker for liability to emotional and behavioral dysregulation (5HTTLPR), along with a particularly salient marker of environmental risk -children’s appraisals of blame in relation to inter-parental conflict.

What this study shows is that a person might have a gene for a serotonin metabolism, known as 5HHTLPR, that puts them at risk for ADHD. But if that person lives in a home filled with conflict, they are more likely to actually have ADHD. Put in a more positive way, just because you have the gene, it doesn’t mean you will have the disorder. This study raises the question of whether addressing the environmental risk may protect a person from the genetic risk.

It brought to mind a story of a little boy named Adam who I took care of, a story that haunts me to this day. His mother and father came to see me when he was four years old. He had been in preschool for two months. Already the teachers were encouraging his parents to have him evaluated for ADHD and consider medication.

His parents presented him as a very bright loving child who had a very high energy level. At home, everything was “fine.” They had no problems at all with him until he entered school. There he would become overstimulated, particularly when at lunch or other less structured activities. He had a very hard time sitting still and, most problematic for the teachers, he would become impulsive and hit other children. It seemed to both his parents and the teachers that he did not intend to hurt the other children, but that he simply could not control himself.

His father recalled having similar difficulties as a child, but he had outgrown them. Other family members had similar qualities. Both parents seemed to be working well to help him manage his particular challenges. When I met Adam the week after I met with his parents, he was indeed a very bright and engaging little boy. He sat on the floor with me and played a game meant for much older children.

I shared with his parents my impression that likely on a genetic basis he had a tendency for high activity level, and the structured setting of school, which was so new to him, was especially challenging. We discussed some strategies for helping him manage his difficulties, and planned a follow up visit in a month.

A month later they called to say that things were going well and cancelled their appointment. Over the next year Mom called me several times and scheduled appointments, each time cancelling them. She would say that the school wanted him on medication, and she really didn’t want to go that route. Then, a month or so into kindergarten, things were not going well. As it had been so long since I had seen them, I asked Mom and Dad to come alone to fill me in.

After about ten minutes of description of Adam’s problem behavior, his parents, who were not married, let me know that they were no longer living together. I asked if there had been trouble in the relationship when I saw them the previous year. Reluctantly they acknowledged that “we have never really been together.”

Soon I was listening to a barrage of ferocious attacks upon each other. Mom accused Dad of being inept and unavailable. Dad said that Mom simply wanted to drug her son into submission. I sat quietly on my seat as the conflict escalated, feeling increasingly alarmed. Finally I interrupted and asked them if this kind of conflict I was observing was typical, and if so, what that might be like for Adam.

The viciousness was immediately was diverted to me. They were both furious. “What does that have to do with anything? We’re not here to talk about us. We just want your advice about how to manage Adam’s behavior!”

I spent the rest of the visit trying to turn things around so that they felt I was working with them, not against them. I do not think I was successful. In addition to discussion what to do about Adam’s behavior, I suggested that they all go for therapy to address the ongoing family conflict. They left angry and disappointed. I felt terrible. How could I have missed this?

Reading this study makes me wonder, if I could have told them that there was scientific evidence demonstrating that family conflict made a person at risk for ADHD more likely to develop the disorder, would they have been more honest with me? Would them have been more motivated to deal with the problems in their relationship?

I have great admiration for the scientists who are trying to unravel the complex interactions between genes and environment. I hope that parents will draw hope and inspiration from this work. Just because there is a “family history” of a disorder, a genetic risk, does not mean a child’s fate is sealed.